Temperate climates occur at the middle latitudes of planet Earth and have distinct seasonal variations throughout the year with wide temperature ranges. These climates are strongly influenced by the land and water that surrounds them. 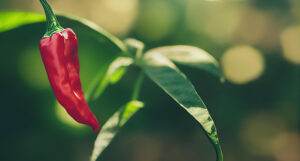 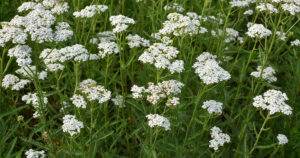 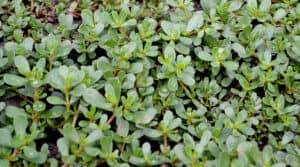 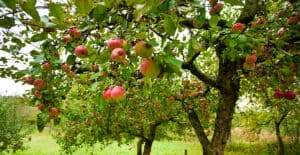 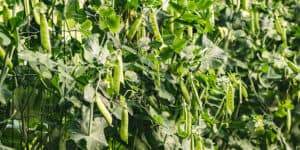 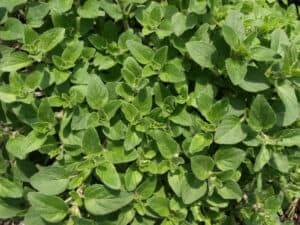 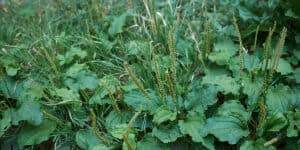 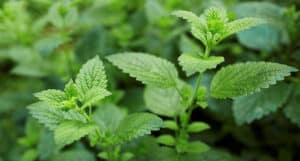 Growing plants in temperate climates involve understanding your own particular temperate climate and thinking carefully about the strategies and plants that will work for you and your site.

It is important to remember that one temperate climate location can be markedly different from another – and so as always in permaculture, there is no one size fits all solutions. However, by gathering important information about our climates, wherever we live, and combining this with other information, we can begin to work out the right options for any situation.

A majority of humanity lives in temperate climate zones, which span the middle latitudes, (23.5° to 66.5° N/S of Equator) between the tropical regions and the polar regions of our planet.
Though there are different climate classifications which define ‘temperate’ in slightly different ways, the things that define temperate climates are wider temperature ranges through the course of each year, and more distinct seasons than in tropical climes.

Seasons in temperate climates define the shape of the year, and, of course, have an important bearing on the growing calendar.

Spring in a Temperate Climate

In temperate climates, spring is typically the beginning of the primary growing season. In spring, though the timing can vary depending on the specifics of the location, growers in temperate climates will typically sow plenty of seeds during this time of the year. This is the season when, after a period of dormancy, many plants will spring into new growth, as day length increases and temperatures gradually start to rise.

Summer in a Temperate Climate

Summer is the warmest portion of the year in temperate climates, as the pole of our hemisphere tilts closer to the sun. Summer is when many plants are in full growth, when days are longest and temperatures are at their highest. In temperate climates, we ‘make hay while the sun shines’ seeking to take advantage of the warmth and light and annual crop cultivation will reach its peak in terms of growth and productivity,

Autumn/ Fall in a Temperate Climate

Autumn or fall has been described as the time of ‘mists and mellow fruitfulness’. This is the season in temperate climates where, as summer turns, many crops come to harvest and fruits are laden on many trees. But during this season, days shorten and nights draw in, anticipating the colder winter months to come. In colder temperate climates, the first frosts herald the end of the growing season. While in warmer temperate regions, a second period of sowing may arrive, and this may be the beginning of a growing season for cool-weather crops.

Winter in a Temperate Climate

In winter, of course, temperatures drop to reach the lowest point they get to throughout the year, and nights are longer. The pole of our hemisphere reaches the maximum tilt away from the sun. Many plants enter dormancy during this time in colder regions, and growers may find this a quieter time. Though in many temperate climates, growing can continue year-round, in many temperate climate zones, measures are taken to protect plants and allow for continued production through the coldest part of the year.

Understanding your climate and growing in your area involves understanding first of all the climate type where you live, and its characteristics.

The key climate types within the temperate climate zone are:

Humid subtropical climate types (Cfa and Cwa) are those found closer to the tropics. These areas are therefore more influenced by the tropics than any other type of temperate climate. These climates are characterized by long, hot and humid summers and mild, non-freezing winters. Cwa climates have a monsoon season with very heavy rainfall in summer.

Subtropical Highland climates (Cfb, Cwb) have four seasons as in other temperate climate zones but characteristically have mild temperatures year round. They are found in high-altitude plateaus or montane systems of subtropical regions.

The climate where I live close to the east coast of Scotland is an Oceanic climate.

Oceanic climates are characterized by mild summers and cool (but not extremely cold) winters. Relative humidity and precipitation are broadly evenly distributed throughout the year. These climates are typically found on west coasts in higher middle latitudes of continents, generally between 40 and 55 latitudes.

Closer to the poles, these cold temperate climates still have four seasons like other temperate climates, but are more influenced by the polar zones. These are typically at the cooler end of Oceanic climates (Cfc, Cwc, Csc) and snowfall tends to be more common.

Temperate climates are typically influenced not only by latitude and location on the planet, but also by other factors, including:

Of course, locally, topography, vegetation, the built environment and a range of other factors also combine to alter and define the growing conditions for particular sites within temperate climate zones.

So it is important to recognize that in order to grow successfully in temperate climates you need to consider not only your broad climate zone and climate type, but also micro-climate conditions for your particular site.

Choosing Plants For a Temperate Climate

There are, of course, numerous considerations when choosing plants for a temperate climate. Considerations of temperature, rainfall and other environmental factors are, of course, key. You will need not only to identify your climate type and broad expectations but also to find plants suited to growth in the specific area where you live.

In temperate climate cultivation, choosing trees, shrubs and herbaceous plants etc. suited to cultivation will involve thinking about the characteristics of the different seasons where you live. In particular, crucial concerns are winter lows, summer temperature extremes, and precipitation levels and water availability throughout the year.

Often, selecting plants for cultivation will involve understanding the plant hardiness zone where you live. Though this is only one thing to consider when choosing plants, understanding the winter temperatures you might experience will help you choose plants that can survive the winter months in your area.

Another thing to think about is summer heat. In the US, the AHS Plant Heat Zone map has been created, with 12 zones that indicate the average annual number of days with temperatures over 30 degrees C (86 F). This can help us match up plants suited to growth in our areas, and which might be damaged or fail to thrive in more extreme summer temperatures.

The performance of plants within a climate are governed not only by winter hardiness and heat tolerance, of course. And in some parts of the world, in particular in the western US, climate zones maps have been created to try to take other factors such as length of the growing season, rainfall, wind and humidity into account as well as the above. For example, Sunset climate zones are used as a guide for growers in western states to show where plants will thrive year-round.

Looking at the above will only provide guidelines as to what to grow. But taking these into account can help you to draw a lot closer to an ideal planting scheme for where you live, with plants that can thrive in the conditions where you live for a number of years to come.

Other Considerations for Perennial Growing in Temperate Climates

Whichever zones you might live in, and whatever climatic conditions might be where you live, temperate climate growers should always consider seeking out native plants before considering non-native species for their gardens or growing projects.

Identifying plants that are native to your own location is typically the best place to begin when growing in temperate climates of all types, as it is in other climate zones. Consulting native plant databases can help you identify the species best suited to cultivation in your area.

Beyond this, however, through understanding your climate, you can find plants native to other regions with similar conditions that should grow well where you live.

In many temperate climates, considering where shade can be beneficial and where it may be detrimental to plant growth is often a key concern.

In temperate climates with warmer summer temperatures, some shade can be beneficial in lowering the temperature of the soil and creating beneficial microclimate conditions for a broader range of plants.

The cooler summers are, however, the more we may need to make sure that we limit shade in order to maximise photosynthesis and grow plants successfully where we live.

A good example that shows how important it is to understand the specific temperate climate where we live in this regard is when we are creating the layered perennial planting schemes of a food forest.

In the cooler oceanic climate where I live, it is important to create a more open canopy within a food forest than one might often do in warmer climes.

While in a Mediterranean climate, for example, trees are often planted more densely to provide a greater degree of canopy cover, a somewhat different strategy, with more open planting and the creation of sunny glades, is more important where I live.

In warmer temperate zones, the same idea may also apply in an annual vegetable garden. In some areas, shading leafy greens in summer can be essential. While in cooler areas like mine, planting with taller plants to the north (to avoid shading lower tier planting in summer) can be important.

Another extremely important factor in growing plants in temperate climates involves understanding water availability throughout the various seasons. This is when not only climate and specific climate type, but also micro-climate conditions can be very important.

In the specific area where I live, water availability is relatively high year round – though we do sometimes have periods that are drier in the mid-late spring, that I need to take into account when choosing strategies for growing in my area, and the timings of my gardening year.

In other areas, dry summers can be extreme in some cases, and require careful thought to overcome. And in some temperate climate, extreme weather conditions can cause either drought or an excess of water at certain times of the year.

Growing plants in temperate climates always involves looking at the strength, weaknesses, opportunities and challenges of cultivation created by the conditions where we live, and deciding how best to take advantage of and overcome these things.